The cable starts from the Ras Ghareb landing point in the Red Sea to the landing station in Port Said in the Mediterranean via the Golden Path on Al Murshideen Road (ICE)
Dr. Amr Talaat: Implementation of the new cable and the path of Al Morshedeen has been a dream in the ICT sector for 20 years, and we were able to accomplish it in one year.
The cable represents the shortest and fastest data transmission paths between East and West and the continents of Africa, Europe and Asia

Today, Dr. Amr Talaat, Minister of Communications and Information Technology, accompanied by Major General Amr Hanafy, Governor of the Red Sea, and Engineer Adel Hamed, CEO of Telecom Egypt, inaugurated the new submarine cable wholly owned by Telecom Egypt Red2Med, which starts from the Ras Gharib landing point in the Red Sea Governorate to the landing station in the city of Port Said in the Mediterranean via the Golden Path on the Way of the Guides (ICE); The cable is the shortest and fastest way to transfer data between East and West and the most secure. It is also a qualitative leap in the transit paths for submarine cables between East and West and linking the continents of Africa, Europe and Asia. This enhances Egypt’s position as a global center for data transmission and raises the efficiency of the international telecommunications infrastructure in Egypt.

Dr. Amr Talaat listened to a detailed explanation from Telecom Egypt officials about its future strategic plans to expand its international network through international submarine cables to link between the East and West, and the importance of the Red2Med submarine cable system, which starts in the Red Sea, passes through the Suez Canal and reaches the Mediterranean.

Dr. Amr Talaat raised the Egyptian flag the moment the naval landing ship arrived at Ras Ghareb beach, to announce the success of the landing process of the new submarine cable system Red2Med.

And in his word; Dr. Amr Talaat, Minister of Communications and Information Technology, explained that the launch of the new Red2Med submarine cable system comes as a continuation of the successes achieved by Egypt in the field of international submarine cables, in light of the keenness of the Ministry of Communications and Information Technology on the optimal investment of Egypt’s unique geographical location, which gives it a major strategic advantage as it passes through its territory. More than 90% of the data is between East and West; He explained that the implementation of the new cable and the path of the Al-Murshideen Road has been a dream in the communications and information technology sector for 20 years and was implemented in only one year, and that its launch today and making it available to countries that depend on Egypt to pass data is a solid step in strengthening Egypt’s strategic position in this field.

For his part, Eng. Adel Hamed, Managing Director and CEO of Telecom Egypt, said that launching the Red2Med cable is a unique step and a qualitative leap in the field of submarine cables that enhances Egypt’s position as a regional hub for data transmission between East and West. The data is the shortest, fastest and most secure,” stressing that the company will continue to invest in developing and modernizing its international infrastructure to enhance the efficiency of communications and information technology services in Egypt and the region.

This is the Red2Med submarine cable No. 15 for Telecom Egypt, and it consists of three sectors distinguished by its distance from the usual public paths, as it begins in the south from the Al-Faston sea link to the Red Sea, which connects the landing stations in the Red Sea, Ras Ghareb, Zafarana and Suez, then extends north to the path ( ICE) along the western bank of the Suez Canal, with a length of 200 km, to link Suez Landing Station 2 and Port Said Landing Station 2, to finally connect to the Fieston sea link for the Mediterranean Sea, which is scheduled to link the landing stations in the Mediterranean, thus supporting a better international connection between the East and the West. It becomes the shortest and fastest route connecting the three continents of Europe, Africa and Asia.

It is worth mentioning that Telecom Egypt has made great strides over the past years towards developing its international and local infrastructure to maintain its leadership in the Egyptian telecommunications market, and at the same time enhance Egypt’s distinguished strategic position in the field of telecommunications regionally and internationally, as it invests extensively in the infrastructure of cable systems. Maritime to provide the shortest and most reliable way to connect Asia, Africa and Europe, maximize the benefit from Egypt’s geographic location and enhance its strategic position as a regional and global fulcrum for data traffic and a link gateway to the Africa and Middle East region with Europe, making it one of the most promising markets in the rapidly growing field of data centers.

To achieve this goal, Telecom Egypt injected huge investments amounting to about half a billion dollars during the past ten years, in order to strengthen and develop the international infrastructure, including landing stations and ground tracks connecting them, and invested another half a billion dollars in the same period to expand its network geographically by road. Entering as a member of the international alliances that own submarine cables transiting the Arab Republic of Egypt, bringing the company’s total investments in infrastructure to more than one billion dollars during the last ten years.

All these efforts culminated in the inauguration by President Abdel Fattah El-Sisi of a number of projects to develop the international communications infrastructure for Telecom Egypt during the celebration of the inauguration of a number of “Digital Egypt” projects, led by the opening of the International Data Center in the Smart Village and the opening of the landing stations in Ras Ghareb, Zafarana and Sidi Kerir.

The inauguration ceremony was attended by Eng. Mohamed Nasr El-Din, Assistant Minister of Communications and Information Technology for the International Information Infrastructure, and a number of Telecom Egypt leaders. 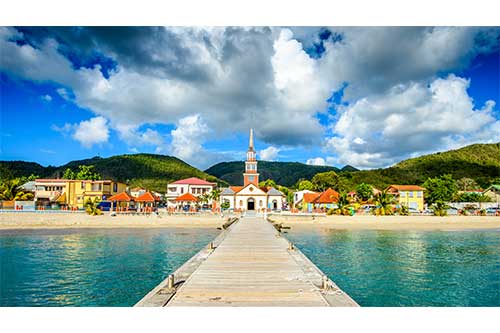